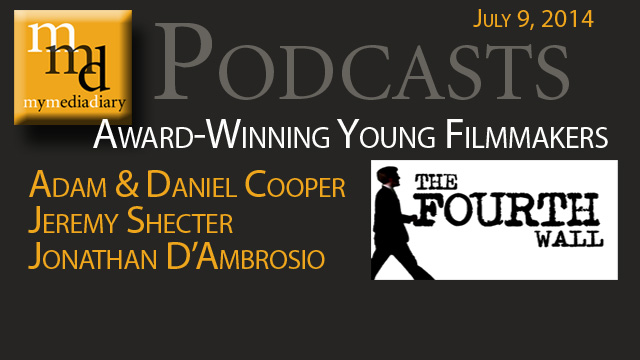 How do you make a movie?  What does a producer do?  Are English accents tough? Kevin is joined by Adam and Daniel Cooper who wrote, directed and edited the short film “The Fourth Wall,” winner of the international festival for young filmmakers Urban 15’s Josiah Media Festival in San Antonio. Producer Jeremy Shecter and Jonathan D’Ambrosio join the Cooper Brothers to discuss the film, teamwork, making it in the film industry and surprises along the way. The film won the category for best narrative and is now in competition for the festival’s Best of Show award that will occur live via streaming at 7pm July 10-12 via the group’s site:  http://www.urban15.org/