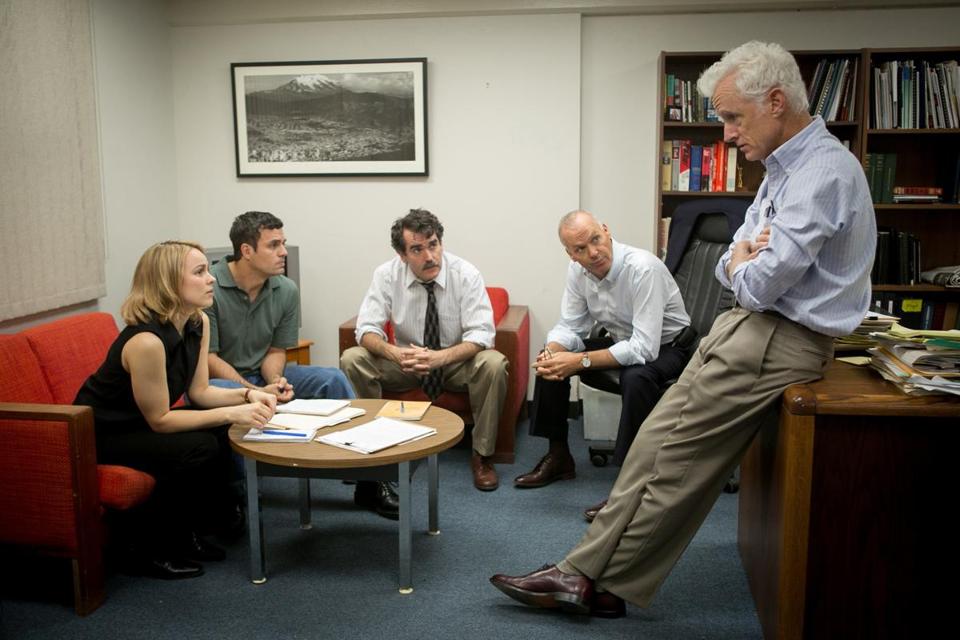 “It takes a village to raise them. It takes a village to abuse them. That’s the truth of it.” –Spotlight‘s Mitchell Garabedian (Stanley Tucci)    Michael Keaton’s character, Walter “Robbie” Robinson, in the newly-released Spotlight, is seeking Boston Globe confirmation of the Archdiocese cover-up for 70 priests involved in child molestation.  He passes the list to his longtime friend and attorney, “We all knew something was going on.” His friend kicks him out of his house and then follows Robbie into the street and asks him why he didn’t do anything–if he knew something was going on. Robbie pauses and can only say, “I don’t know.” Spotlight’s portrayal of the 2001 investigation by the Globe’s Spotlight unit (Keaton, Mark Ruffalo, Rachel McAdams and Brian d’Arcy James) is an excellent snapshot of an entire city looking the other way.  When a representative of a survivor’s group brings his box of evidence to the Globe office… Read More… →